Don't know about you, but I've never been comfortable with the way I look. Some people are-  no matter what they may particularly look like, and I kind of envy them. I would never be able to look upon myself on a billboard or a movie screen- a computer monitor proves difficult enough. Yet, most people regardless of their physical attributes relish the very sight of themselves- the bigger the better, often in more ways than one!

The past (now almost) two years have been difficult enough trying to find things to photograph, with vacant streets all around and travel so strictly limited; many a photographer has been searching for subject matter. I've taken my share of pandemic related photos, even tried my hand at stitching a coupla digital panoramics here and there; and now in this indecisive, are we winning yet scenario, the desperation continues...

So I figured I'd try and take on my personal photographic taboo- the self portrait. I've now had a work smartphone for about half year- not one food shot or selfie to be found anywhere. But I got to thinking that I'm at the age where what I looked like for the vast majority of my life will (very) soon be permanently obliterated by the ravages of time, which granted, would not be that bad if only the resulting consequence isn't almost guaranteed to be... far worse. So, after decades of resistance, the challenge was finally accepted- create a portrait of yourself you would not be ashamed to include in your portfolio (more or less).

I started with some evenly lit shots in my living/dining/bed room which had a distinct old, lost guy motif. Which might be a good theme in five or ten years, but the very antithesis of what I was presently trying to portray. Usually, I'd stop right there telling myself this is exactly why I never indulge this lost cause. Instead, I heard myself saying that this is just part of the learning curve, besides... the very reason you're doing this now is because there's little else left on the to do list at this particular time!

Then I somehow got to thinking about Rene Gelpi's portraits, and how only some 0.5% of my photographs are vertical. Yet another challenge. Could I somehow wrangle something worthwhile somewhere within those aesthetics? So I tried again... This time, I uhhh... switched venues, eventually stacking three books atop the toilet lid no less so I could get the needed elevation. And although I can't say I'm 100% satisfied (not even quite sure it's really in focus), the composition's fairly strong, and it at least strives for something more than just an adequate representation, which any worthwhile portrait should.

One thing became obvious in the process- the real time feedback of one of those side twisting, flippy screens would be infinitely helpful for this kinda project! And being that no one knows when this goddang thing will end (if only we had some magic cure that could nip it in the bud with a quick one-two), maybe (as in, maybe, but I really doubt it) I'll try it again to get everything down just right... just that- I'm really sick of looking at myself...


PS- The real artist is in the background- Julie Wilson! 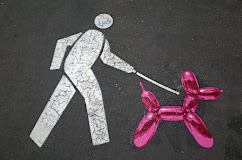 African Proverb- The child who is not embraced by the village will burn it down to feel its warmth.
Ann Landers- Keep in mind that the true measure of an individual is how he treats a person who can do him absolutely no good.

Edward Snowden- I had been looking for leaders, but I realized that leadership is about being the first to act.

Mohandas Gandhi- Poverty is the worst form of violence.

Chris Hedges- Civilizations in the final stages of decay are dominated by elites out of touch with reality.
Christopher Hitchens- I have always found it quaint, and rather touching, that there is a movement in the US (Libertarians) that thinks Americans are not yet selfish enough.
Claude Chabrol- Intelligence has its limits while stupidity has none.

Carl T. Rowan- It is often easier to become outraged by injustice half a world away than by oppression and discrimination half a block from home.

African Proverb- The foreigner sees only what he knows.
George Orwell- The opinion that art should have nothing to do with politics is itself a political attitude.
Elliott Erwitt- I don't believe that photography can change the world, but it can show the world changing.

Gilles Peress- I don't care so much anymore about 'good photography.' I am gathering evidence for history.

Yogi Berra- You can observe a lot just by watching.

Dorothea Lange- A camera is an instrument that teaches us how to see without a camera.

George Bernard Shaw- A photographer is like a cod, which produces a million eggs in order that one may reach maturity.

Henry David Thoreau- It's not what you look at that matters, it's what you see.

Robert Dosineau- If I knew how to take a good photograph, I'd do it every time.
Pentti Sammallahti- Everything I've photographed exists regardless of me, my role is only to be receptive. The most important thing is the luck... behind every good image there is the good luck too. Sometimes when you are in a right place in the right moment, you'll feel that the image is a gift and even that it doesn't matter who's behind the camera.
Duane Michals- Never trust any photograph so large it can only fit inside a museum.
Lisette Model- Photography is the easiest art, which perhaps makes it the hardest.
Paul Watson- A person without regrets is a person who has not lived a life of diversity of interests and cause.

MLK- Our lives begin to end the day we become silent about things that matter.

Prof. Ivan King- Can we really claim to know anything about the nature of the universe if we don't know the properties, or even the nature, of 90% of its material?

Dr. Wernher von Braun- It is as impossible to confirm them (UFOs) in the present as it will be to deny them in the future.